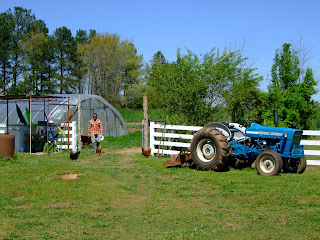 We pull up to the side of the farmhouse on Jimmy Daniel Rd. on a sunny Tuesday afternoon. A structure with 4 posts sits lonely by the roadside awaiting a time when Spring is in full force and the bounty of the farm can be sold on the side of the road right here on the front of the property. Greeted at the car door by a sweet old dog and a line of ducks waddling by ahead, we approach the hoop house as Brent Lopp strides towards us from the fields to show us around Native Sun Farm in Bogart. 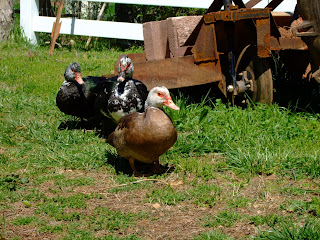 Brent’s parents have owned this land since he was in high school, and apparently it started off as a great deal more land than it is today. Slowly selling it off piece by piece to land developers, they live on a refreshing few acres of farmable land surrounded by subdivisions. Brent was a horticulture major in college who didn’t want to work in a nursery. He wanted to grow for himself and sell the bounty to his community, so his parents allowed him to cultivate the land that they had left, and what a great job he has done. 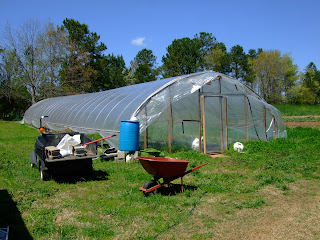 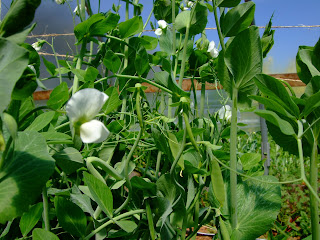 Native Sun is in the 2nd year of farming and already is leaps ahead of a lot of the beginning farmers that we have encountered in our search for suppliers and their stories. I first met Brent last winter at our second PLACE book club meeting. He was eager to learn about the culture of farming and the food culture of Athens, and he was just beginning this process. Now he has a huge hoop house, several fields with rows and rows of spring and summer crops, and a back pasture where he has started lots of fruit plants, something that is very exciting to find in these parts. He has the starts of raspberry and blackberry vines, blueberry bushes, grape vines and even a varietal of kiwi that has been shown to prosper in our part of the country. 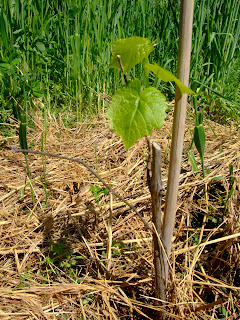 In the middle of everything, a lone horse grazes in it’s pasture, and before we go, Brent lets the chickens that he has put up so we wouldn’t run them over when we arrive run free, and we can see all his young clucking brood scatter. My mom struggles to try to get them back in the pen, but to no avail. They have been set free and they have no intention of returning to their coop. 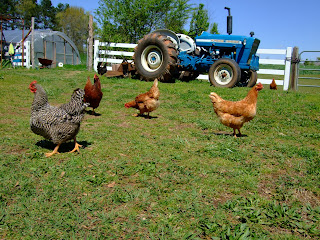 Brent and his wife, Amy, have recently had a baby, and they have dreams of being able to find some land that they can farm and live on at the same time. They are thinking of moving a little closer to Atlanta where they feel that the market is stronger for their produce, but I hope that they will stick around Athens for a while. I can’t wait to source from them and have them be a part of our family at Heirloom.